This is the first in a series of posts looking in detail at some common recipes, understanding the science behind them and trialling a number of different approaches. We’ll start with the humble hollandaise sauce.

One of the mainstays of French cuisine – Escoffier classed it as one of his mother sauces – it is incredibly flexible. It’s delicious served with vegetables, like asparagus, or poured over freshly cooked meat or fish. It can be served with poached eggs for breakfast or used as a starter. It takes well to flavourings and can be turned into a Mousseline with the addition of some whipped cream and a Maltaise with addition of some orange juice.

Definition
A hollandaise is a rich sauce, made with egg yolks and butter. It is very similar to a béarnaise, the only difference being the flavourings, often in the shape of fresh herbs like tarragon. Mayonnaise is another close cousin, the key differences being the inclusion of mustard and switching the butter for oil. Hollandaise is traditionally flavoured with white wine vinegar and/or lemon juice. If you want a little more heat – cayenne pepper is another common option.

The Science
Like many simple condiments, a hollandaise is essentially an emulsion, a mixture of water (normally in the form of vinegar) with a fat or oil (here, butter). Naturally these two ingredients won’t mix on their own, fat has a tendency to ‘clump’ together which can be very inconvenient to a chef. If the fat clumps then it will float to the top (as it is less dense) this is what happens when a sauce ‘splits’. In some situations, such as salad dressings, mechanical force is enough to break the fat ‘globules’ down into smaller pieces and distribute them throughout the water. This is inherently unstable and over time the two parts will separate out again. In order to keep the two components apart we need some way of overcoming their natural tendencies: an emulsifier.

There are several options but by far the most traditional is an egg yolk. These are packed full of a substance called ‘lecithin’ which is very good at keeping the two components separate, one egg yolk will emulsify up to 2kg oil. It does this by coating the outside of the fat globules with little molecules. These molecules are tadpole shaped, with a round head and long tail. The tails attract fat, while the round heads attract water. This means that the fat globules become coated with the emulsifier (think of an orange or onion studded with cloves and you’re very close). Substances which work like this are known as ‘surfactants’ and it’s exactly the same way detergents cut through grease on frying pans. By coating the outside of the globules, the fat can’t clump together, keeping the sauce silky smooth.

Egg yolks do have some limitations though, they are very temperature sensitive. Harold McGee lists the upper limit as between 70-77ºC. This is strongly affected by pH – adding enough lemon juice to lower the pH to 4.5 allows you to heat the sauce to around 90ºC without splitting it. The sauce will also thicken quickly as it cools and form an unsightly skin – it’s best kept at around 63ºC.

Modernist Cuisine offers an interesting variation on Method 1 – by using a sous vide bath to cook the egg yolk/vinegar mixture first you can remove almost all the risk from the sauce.

You simply whisk the butter into the cooked mixture and you’re done! The advantage of a sous vide approach is that you have exact control over the level to which the yolks are cooked. By going slightly warmer and cooler you can adjust the thickness (63ºC creates a light sauce, 65ºC a normal one, 67ºC a thick one).

Results
I tried several of these variations and here are my conclusions:
Method 1 (Modernist Cuisine) – This produces a very stable sauce and is largely foolproof. They flavour the vinegar mixture with wine and shallots, which add a lovely acidity. The texture is very thick and smooth, but it still pours. This set an excellent benchmark.

Method 4 (Delia/Michel Roux) – This produces a lovely sauce, though it lacks the body of the Modernist Cuisine option. They both suggest plenty of lemon juice which adds a citrus tang, while loosening the sauce. If you want that acidity without the liquid, try a little malic acid.

Method 3 (McGee) – I didn’t think this would work, but it does. Incredibly easy, you can even weigh the ingredients in the pan (if your scale tares). Simply pop it on a nice low heat and start whisking, a minute or two later you’ll have perfect hollandaise! It does rely on you knowing when to stop, if you push it too far it will overcook and split like all the others. The flavour and texture was great, if slightly thinner than other methods. 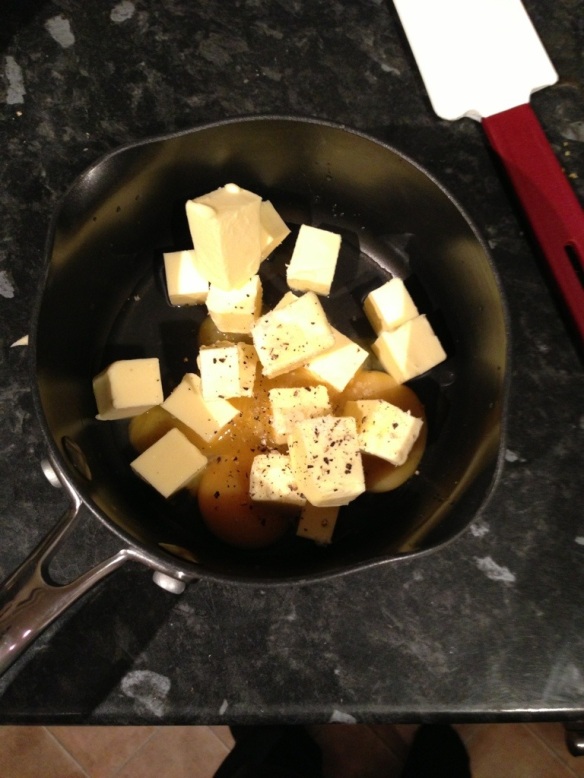 Method 5 (Robuchon and Ramsay) – This is a real work out, making the sabayon then beating in the butter gives you 10-15 minutes of whisk work. The result is very impressive, it appears much thicker than the other methods, a distinct mayonnaise consistency, but the actual mouthfeel is much lighter, due in part to the amount of air you’ve incorporated. For dipping this would be the perfect sauce, but it certainly won’t pour well. 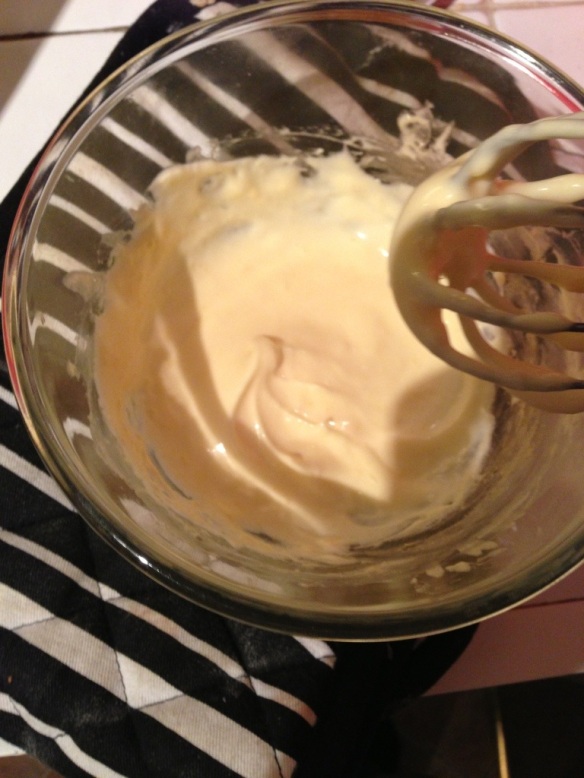 Conclusion
There are several ways of approaching a hollandaise, but understanding some of the underlying science helps take away the fear. If you know what temperature you’re looking for the chances of it splitting are very slim. As to the exact method – if you’ve got the time and you want the absolute best, the Modernist Cuisine version is excellent. It has the best texture and flavour by some margin. If you just want something for a quick meal? Method 3 is incredibly simple, creates almost no washing up and works beautifully everytime.

Whichever method you go for, grab some asparagus, poached eggs or smoked salmon (preferably all three) and whip up a batch of delicious buttery sauce to go over it. Bon appetit!