It is a fair point that most British people have no need of a barbecue cookbook – we don’t need recipes to tell us how to burn meat outside. Big supermarkets are happy to provide ready prepped dishes which you can incinerate to your heart’s content.

American’s have a very different view – what we call barbecue, they call grilling. Barbecue is something else: the slow cooking of meat, in a lower temperature, normally with smoke. It’s a cuisine that’s making a splash in London, with both John Salt and Pitt Cue Co providing heavenly introductions to it. When the latter announced they were doing a cookbook I had to give it a look. 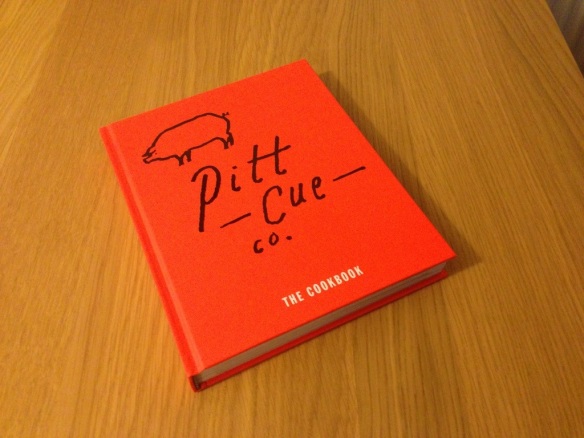 The book is beautiful – full of mouth watering pictures and tempting recipes. Recipes are split into broad categories – meat, drinks, sides and the like. There are helpful introductions to each chapter and section – talking through the techniques and giving advice on ingredient selection.

The recipes themselves are not for the faint of heart – you’ll be making spice mixes from scratch and several seemingly simple recipes rely on combing other, more complicated ones. For example – the barbecue sauce requires 24 ingredients. Almost all the meat recipes rely on smoking – slow cooking the food in a barbecue at a much lower temperature than direct grilling. While this is a fabulous technique, it does mean that it takes a long time – up to 18 hours.

Given the level of effort involved I wanted to do this properly – get good ingredients and follow the recipes to the letter. When my sister asked me to cater her house-warming I was happy to oblige!

I trialled a number of recipes – making the smoked beef ribs, chipotle and maple chicken, chipotle ketchup, barbecue sauce and vinegar slaw. The ingredients are easy to get hold of, but I recommend visiting an asian grocer/supermarket for the spices – it’ll be far cheaper than Sainsburys given the quantities involved!

Smoked Beef Ribs
I was really keen to make these – I love beef ribs and when cooked properly they’re the perfect blend of beefy taste and melting texture. The spice rub was relatively straightforward and I smoked them for the appointed time. I had a bit of trouble keeping the temperature steady – but the ribs are very forgiving. I cooked them the day before and just warmed them through on the day, while it definitely worked they were far nicer fresh off the grill. 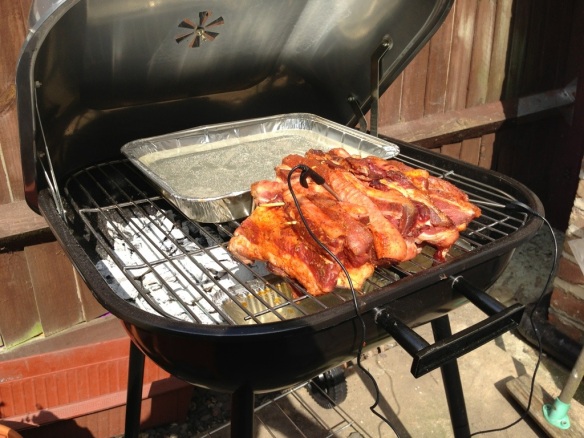 Chipotle and Maple Chicken
This is quite an involved process with brining, marinading, smoking and grilling. I have to admit I skipped the smoke, warming the chicken through in the oven, but it was nonetheless delicious. The brining makes the chicken very moist and I loved the sweet spicy sauce. 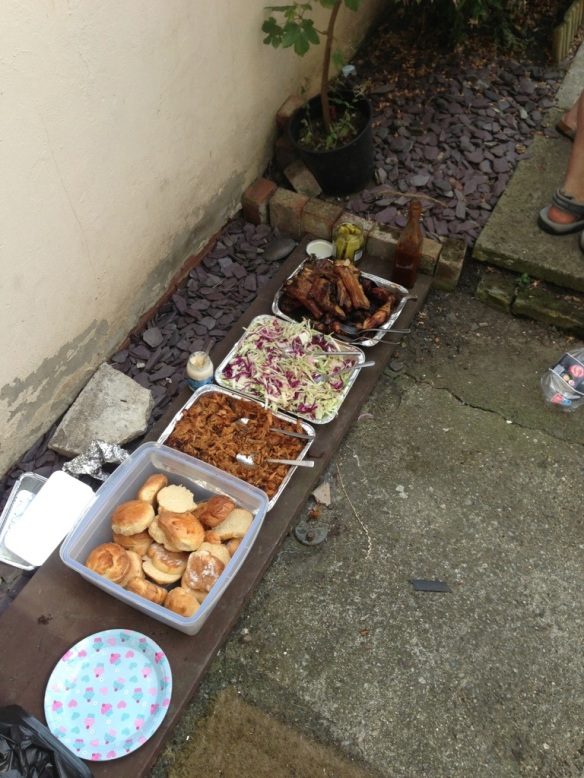 Chipotle Ketchup
I had some issues with this recipe – they specify 250g of chipotle peppers which is an insane amount. They either mean fresh chillies (which aren’t chipotle) or some kind of chilli paste. I ‘ad-libbed’ and went with bell peppers and a handful of chipotle. The result was delicious – it’s rich, smokey and with a serious kick. 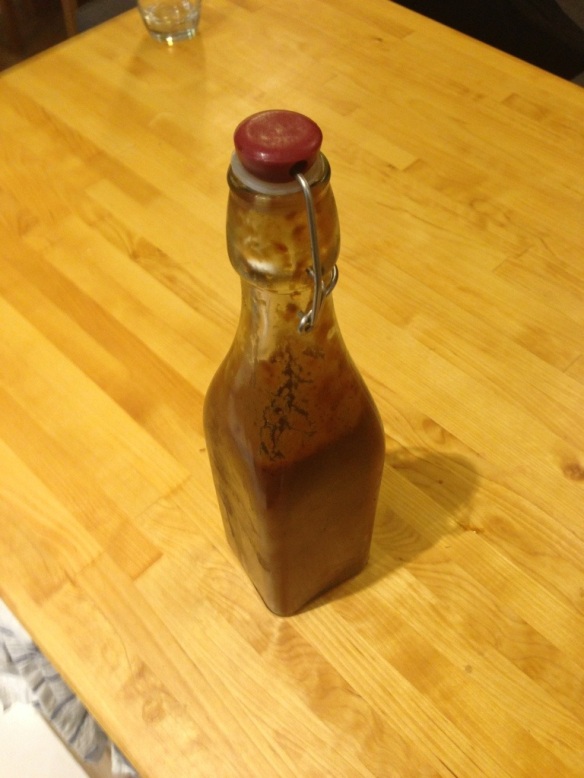 Barbecue Sauce
This uses the chipotle ketchup as a base and builds on it. The result is sweet, sticky and rather lovely. I like it’s complexity and completeness. No one flavour stands out above the others they all mingle into a smokey whole.

Vinegar Slaw
I followed the instructions pretty exactly and the quantities seemed massively out. Instead of feeding six people it could have fed twelve! Thankfully it was really tasty and went well with the pulled pork I made (using Felicity Cloake’s recipe). It’s tangy, sharp and adds some lightness to the meat feast.

I’ve barely scratched the surface of the cookbook – I really need my own smoker to be able to fully appreciate them. While it might be out of reach for a lot of cooks – there are certainly recipes which can be adapted and brought to delicious completion by any keen chef. If you fancy a challenge – fire up the barbecue and get cooking, your efforts will be rewarded!