I’ve recently moved south of the river – deep into a land known for the quality and quantity of its curry houses. But slowly, as has happened in Clapham and Balham, a different breed of restaurant is opening – catering to the young professionals attracted by the cheap housing and good transport links.

Modern – ‘trendy’ restaurants all seem to be cut from the same warehouse cloth. The exposed lightbulbs, bare brickwork and vintage chairs are very much in evidence – as is the emphasis on simplicity and flavour. Tota is born of this mould – a stones throw from Tooting Broadway it offers a welcome alternative to the indians and chicken shops that populate the high street. On a damp Sunday morning they were reassuringly busy, but managed to squeeze us in. 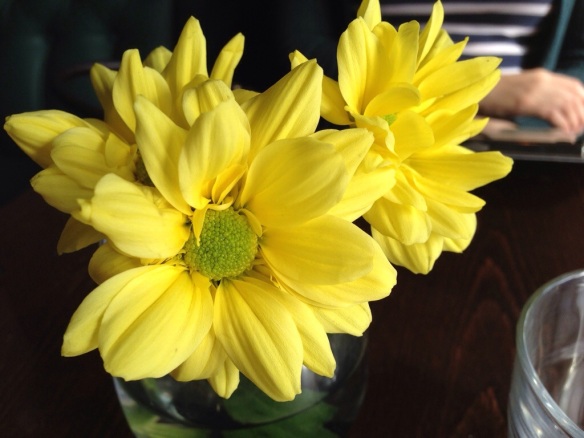 Their brunch menu ticks all the boxes: eggs, pancakes, yoghurt – even waffles. I opted for something from the specials board – huevos rancheros.

It was really rather lovely – simple and none the worse for it. Slightly light on seasoning and chilli but I can understand that some people don’t fancy a full frontal assault on their tastebuds first thing on a Sunday morning.

The rest of their menu looks enticing, their orange juice was blessedly cold and the staff were friendly and attentive – if you’re in this neck of the woods and looking for brunch then it’s a great shout.