Hummingbird is synonymous with the huge use in popularity of American baking over the last few years. Their books have sold like, well, hot-cakes. But how good are the offerings at their many London shops? In search of unusual sugarwork ingredients I popped into their South Kensington store to find out. 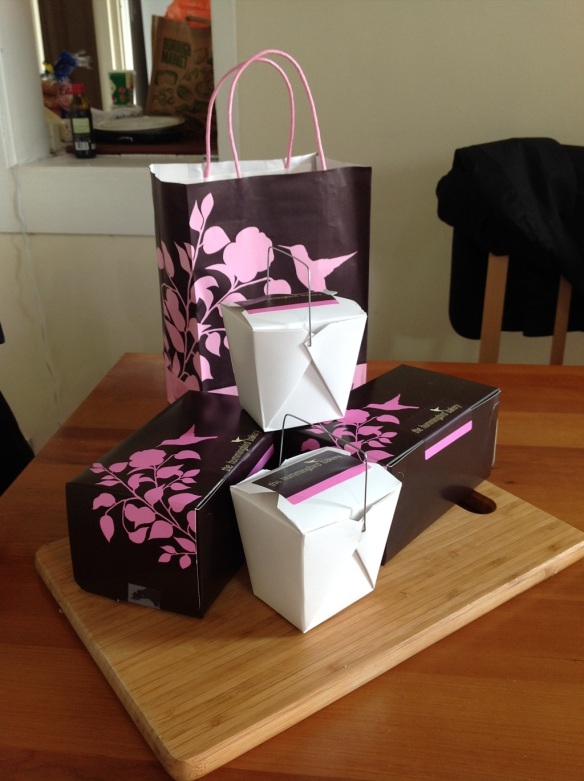 I went for a mix of their signature cakes: a red velvet cupcake, a black bottom cupcake, a chocolate whoopie pie, frosted brownie and the daily special, a Jaffa cup-cake. The boxes are great, especially if you were buying them as a gift for someone. 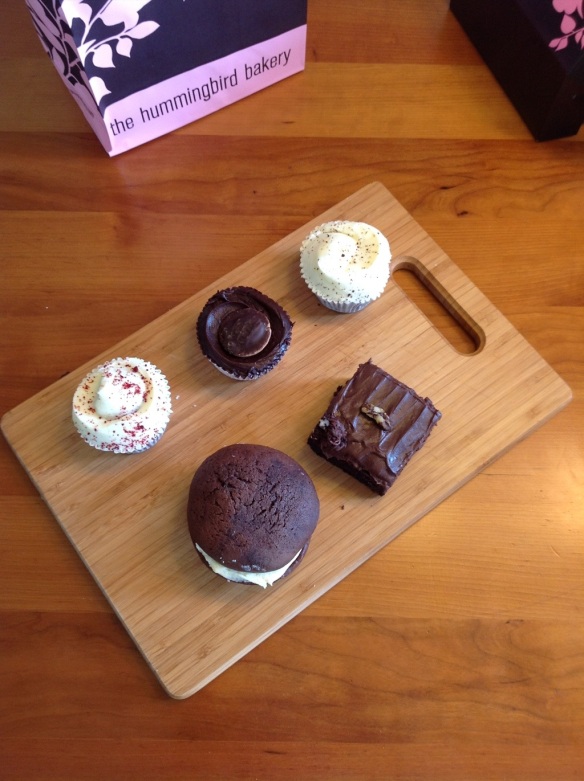 Red Velvet – Less chocolatey than I was expecting, the frosting is impressively light and doesn’t have the lactic dairy ‘tang’ you often get with home-made versions.

Frosted Brownie – Very interesting, fudged and rich but without a heavy texture. Very gooey frosting, not easy to eat daintily!

Whoopie Pie – They make several varieties, but on the advice of the staff I went with the chocolate one. The same frosting as a red velvet, with a much darker chocolate flavour. The texture was slightly firmer than I expected and the edges were almost crunchy.

Black Bottom – Dark chocolate, creamy vanilla cheesecake blobs. Very nice, but it’s crying out for some fruit – cherry or raspberry would have made it.

After several complaints from my colleagues about the lack of baked goods I took advantage of the excellent chocolate available at Whole Foods to make a macaron that could really showcase it. I used two top chocolates:

Willie’s 100% Cacao (Peruvian Black – San Martin) – This pure cacao has a rich, fruity flavour. It’s very dark and very bitter.
Valrhona Guanaja – Valrhona is the gold standard for artisan chocolate. Pierre Herme and Christina Tosi both swear by it. This is their 70% and it avoids a lot of the flat bitterness you get with cheape alternatives.

I have to admit to being a little nervous baking macarons again after a month or two off. Thankfully it went swimmingly and the results are perfect – deeply chocolatey and very rich. At some point in the future i’d love to get the milling attachment for my Kenwood so I can grind my own almonds, trying to find fine enough ones is a bit of a challenge! Hopefully my workmates will appreciate them! 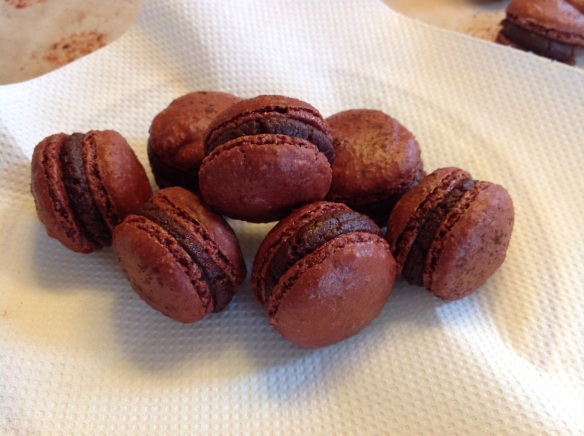