I like beer. This will surprise precisely no-one who know’s me. But I also like brewing it. I first tried it out at university and have been enjoying it ever since. There’s a quiet satisfaction about letting something bubble away and weeks later pouring off a perfect pint of beer. Over the last four years i’ve done several different styles of beer and even dabbled in cider – this is barely brushing the surface compared to my colleague Jasper. 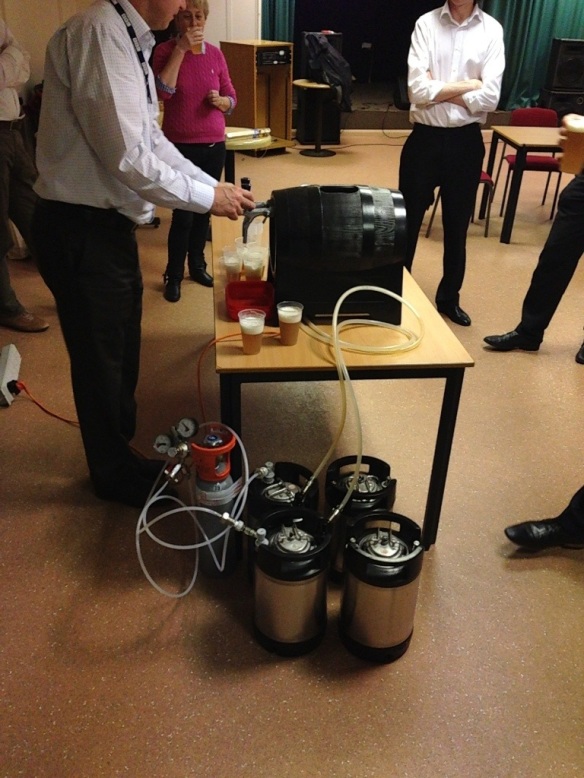 Jasper is a serious home-brewer and as such had lots of beer laying around that needed drinking. Being the noble, selfless souls that we are, we volunteered to help him out. Jasper’s portable beer setup involves half-size Corny kegs, a CO2 bottle and an inline beer chiller with two taps. But more importantly – how does it taste?

Beer 1 – #101 Witbier
A typical wheatbeer it was light, floral and tasted of summer. A perfect antidote to a long hot day in the sun. It had been flavoured with some coriander and elderflower which added a lovely layer of complexity. (Hops: Bramling Cross and Amos’ Earlybird) 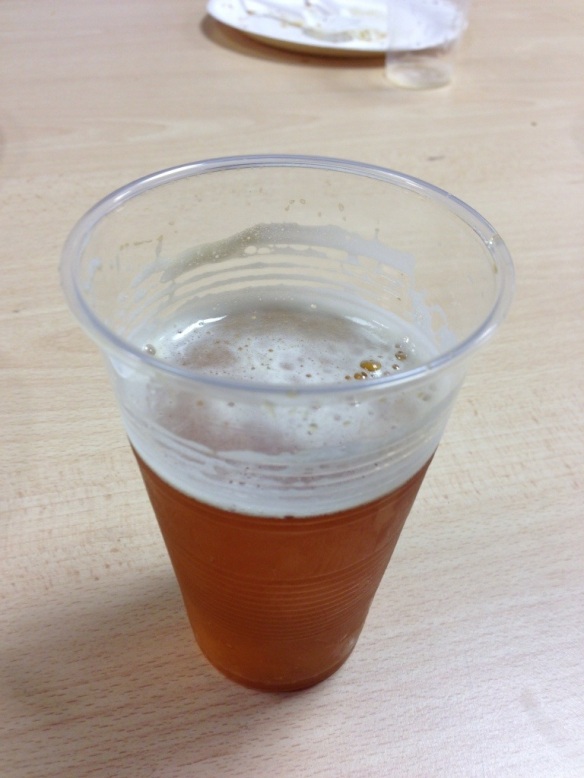 I’ve already waxed lyrical about this little gem in Reading. Here’s a sample of their latest menu: 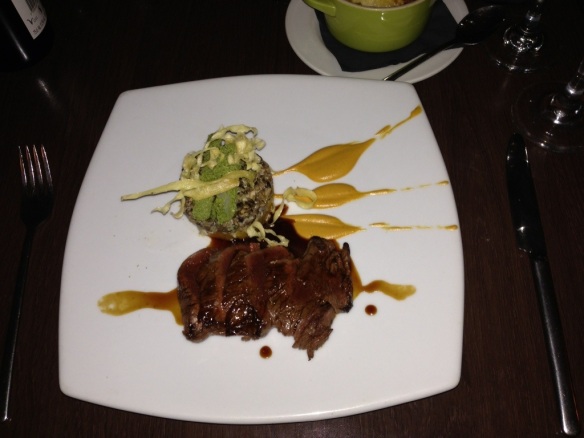