Sometimes even the most dedicated of food bloggers don’t have time to spend hours in the kitchen. With a wide array of (wildly disappointing) sport on offer I had to squeeze everything else around it.

I’ve been dying to try these ever since they were featured on Masterchef: The Professionals. Watching seasoned restaurant chefs completely wreck an ingredient was fantastic entertainment. Challenge accepted! The fishmonger at Pimlico’s Tachbrook Street Market is brilliant and had a crate of them nestled alongside his oysters. I’m not going to lie – they’re pretty intimidating up close! I hadn’t appreciated that the spines move, having carefully posed them in the kitchen I came back to find them making a bid for freedom. As Monica showed on Masterchef, you dispatch them by using the heel of a knife to break a circle in the shell around the mouth and pulling out their ‘core’. I like to think I have a pretty strong stomach – I can happily gut fish, shell crabs, bone trotters and play with offal, but this really takes the biscuit. Once it’s discarded you’re left with some ‘juice’ at the bottom of the shell which should be sieved and saved, and the all-important corals. These slightly orange-coloured segments need to be carefully extracted with a small spoon, carefully avoiding the inedible black sections. The corals are very fragile so it’s easy to squash them, especially with smaller urchins.

Once you’ve extracted your delicious bounty you can decide how to serve them. They taste very like oysters, lots of fresh sea flavours with a hint of creaminess. I really liked them on a small, slightly spicy, cracker with a bit of lemon juice. They’re also delicious with soy sauce. 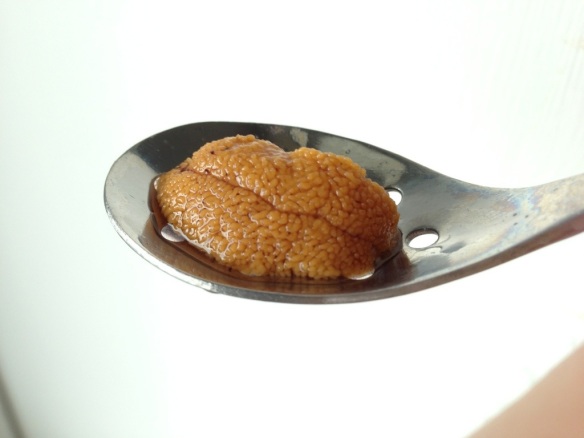 If I had to pick a favourite dish it would probably be steak. I’ve experimented with tonnes of different cuts and methods, but this is my favourite so far. I use a cast iron griddle, no oil and a mixture of smoked and plain sea salt. Finishing the steak with a blowtorch helps ensure a really delicious crust and letting a little butter melt over it while it rests doesn’t do any harm either! 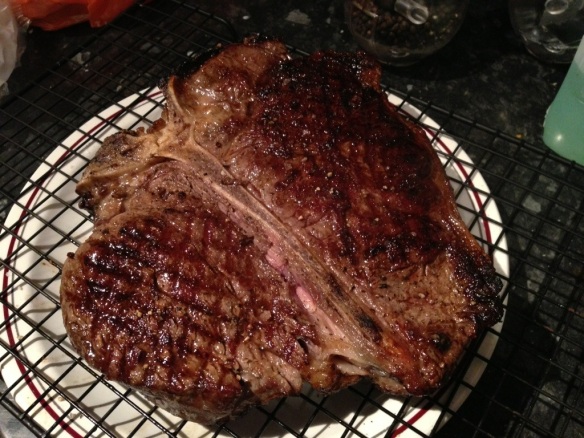 In need of a trendy Sunday lunch near Marylebone we headed to this little gem. Only a few minutes’ walk from the station it’s a wonderfully quirky pub. The bar is built from stacks of books and the bathrooms are tiled with scrabble letters. Genius!

I went for the pheasant roast (more pubs should offer game as a meat option) and it was really nice – I like my game very pink and this was definitely firmly in the ‘medium’ camp, but it was delicious nonetheless. The Yorkshire pudding was light and crisp and the (rather lonely) single large roast potato was great. The vegetables were average – the parsnips were certainly not crisp which is a serious crime in my book – but the dish was saved by the gravy which was marvellous, lots of rich meaty flavours with a lovely citrus tang.

For dessert we had beetroot and chocolate brownies. While very subtle, the beetroot definitely kept the brownies moist and the fruit compote/ice cream combo was lovely. Top pud. 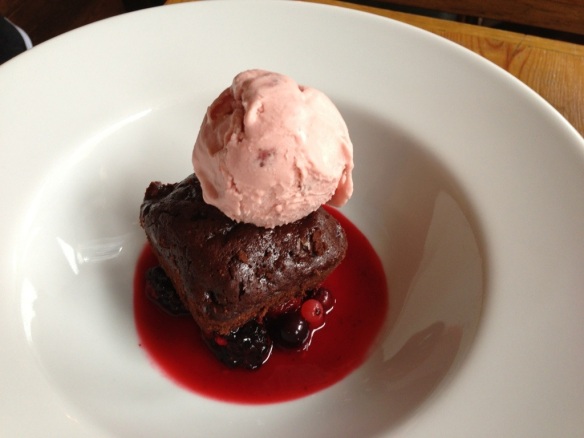