London is a gastronomical destination – it boasts some of the best restaurants in the world and every cuisine is catered for. Despite this unarguable wealth, there are a surprising number of ‘dead spots’ – foodie wastelands populated only by kebab shops, pret-a-manger and dodgy pubs. Victoria is one of these places – a transport hub used by millions, but if you asked me to name one restaurant there that excites me, I’d struggle. Enter Kouzu.

Opposite the Goring Hotel and within spitting distance of the station itself, the newly opened restaurant is dressed as sharp as the sushi knives wielded within. At ground level there are large airey windows, muted colours and sophisticated decor, on the mezzanine upstairs there’s a more relaxed feel with an open sushi counter and a livelier atmosphere.

The food is modern Japanese, in the very best sense of the phrase. A commendable respect for ingredients (and they really are wonderful) but presented with a sense of style and an appreciation of Western palates. It’s a winning combo.

The staff are efficient, friendly and most importantly – knowledgeable. I asked for a cocktail with whisky and citrus and was presented with a smokey sour that’s so good it’s worth a visit in it’s own right. They also know their fish – I’m certainly no expert on the underbelly of tuna but they’re more than happy to guide you.

We started with yellowtail sashimi in a white truffle dressing – generous slices of smooth, buttery fish under a brilliantly refreshing salad. Truffle can be overpowering but here it was just a subtle hint – they matched it to the delicate fish perfectly.

Foie gras with teriyaki wasabi is rich and decadent – carefully cooked it’s a great example of how fusion cuisine really can work. The wasabi is the real deal, freshly grated and with a creamy, restrained kick that’s a million miles from the packaged versions. 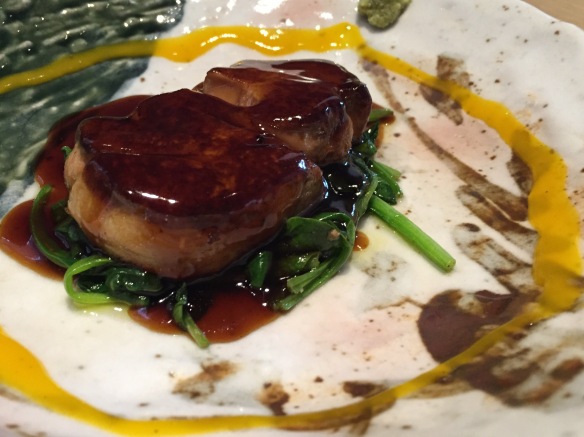 A spicy california roll was head and shoulders above the usual high street offerings, but the real stars were the ‘aburi nigiri’. Seasoned by the chef and brushed with a blowtorch – it’s the perfect mouthful. Rich, flavoursome, light and with clever little sparks of chilli or truffle. Both toro and yellowtail were superb. It’s easily the best sushi I’ve eaten in London. 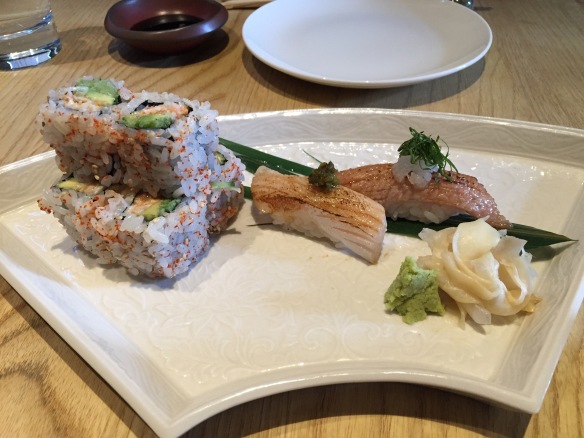 There’s a good range of mains – we opted for two specials, their miso black cod and duck breast with sansho. The cod was a generous steak, marinaded for three days and cooked beautifully. It was creamy, flaky and nestled atop a fantastic orange sauce. It’s not an obvious pairing, but it really helps bring out the richness of the fish. The duck breast was equally good, all moist meat and sticky glaze. 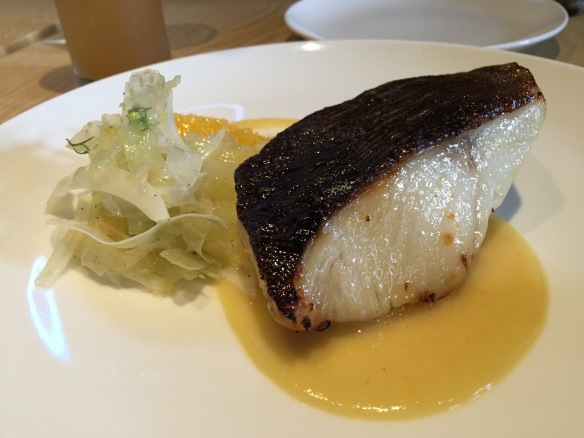 Asian cuisine has never been strong on desserts and in most restaurants they’re an after thought. Wisely they’ve chosen to re-interpret French classics with some cunning oriental twists. A textbook dacquoise comes garnished with bananas and a coconut ice-cream, yuzu sorbet nestles next to a towering Mont Blanc. In line with the rest of the menu they were clever, light and balanced. 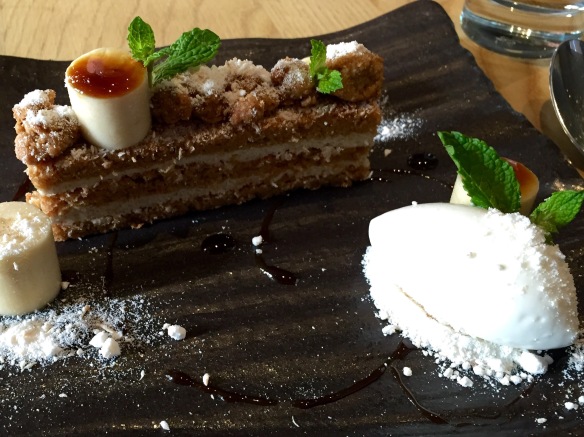 Like great Japanese food, Kouzu is harmonious: upmarket without being eye wateringly expensive, traditional without being stale and modern without being crass. There are some dazzlingly clever culinary ideas on display here and they really do work. It’s some of the best Sushi I’ve ever eaten and easily the best place to eat in Victoria. Go now.