One of the great trends of 2012 was the explosion of ramen in London and it shows no sign of letting up in 2013. Tonkotsu and Bone Daddies have dominated the ‘most talked about’ lists for the last few months (you can read my review of Tonkotsu here). On a rainy weekday evening I ventured through Soho to one of their newer challengers – Shoryu. 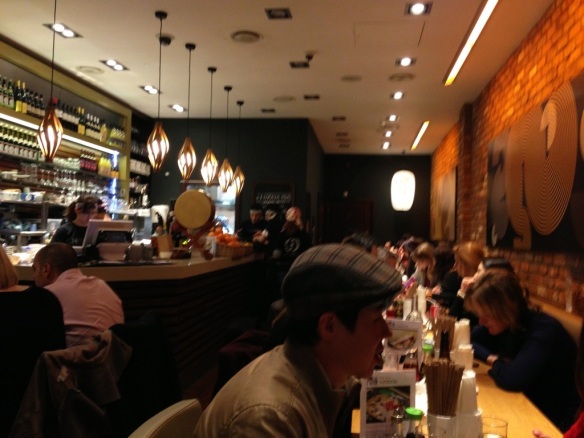 Situated on Regent Street, just south of Piccadilly it’s a great location. When we turned up there was no queue but when we left people were waiting for 45 minutes in the rain for these noodles. Are they worth the hype? 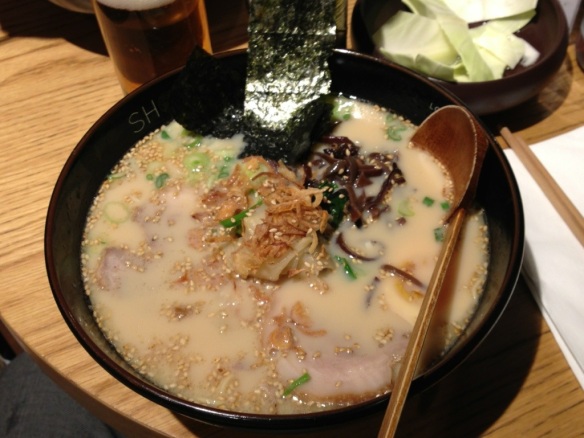 Absolutely. The noodles themselves are beautiful, just the right consistency with a little bit of firmness. The broth in their signature ramen (there are over fifteen variations to choose from) was rich and salty – their miso base is very different to Tonkotsu’s. The toppings were generous with some great pickled ginger, nice nori and an average egg. The pork belly was very good with a lovely texture

What really sealed the deal were the sides. The special ‘Hirata’ buns are very reminiscent of Momofuku in New York, thick slices of pork belly with sriracha, pickled cucumber and a steamed bun. Heaven. 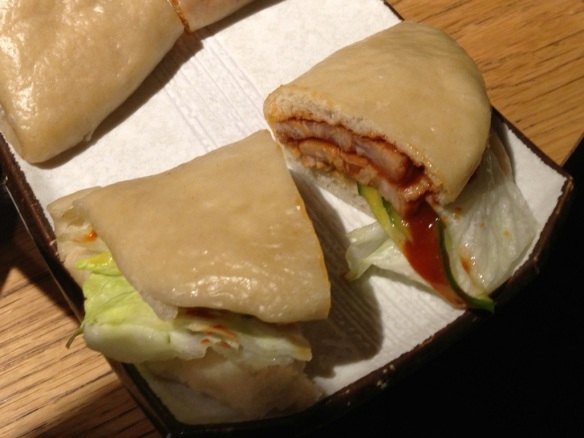 We also opted for their softshell crab – while the serving was pretty small it was phenomenally tasty with a nice chilli dip. 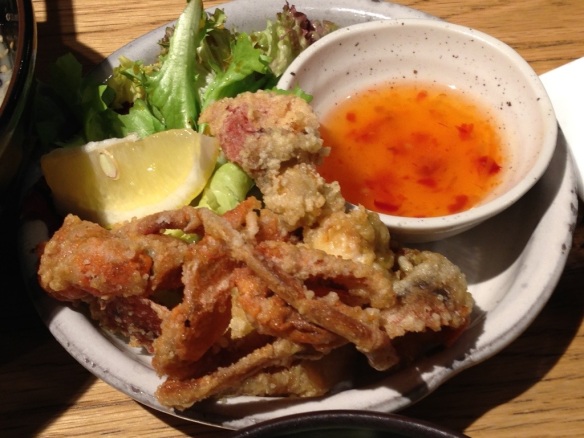 The staff were friendly and attentive and the atmosphere lively and communal – my dining partner didn’t care much for the sporadic drum banging and japanese greetings but they made me smile. How does it compare to Tonkotsu? Very well – I think Shoryu just has the edge, especially if you consider the sides which seem almost an afterthought at Tonkotsu. Early reviews I read of Shoryu were quite critical but it’s obvious they’ve listened because I didn’t recognise the food the bloggers described. I can’t say how it measures up to Bone Daddies but I hope to be completing my Ramen round-up soon!